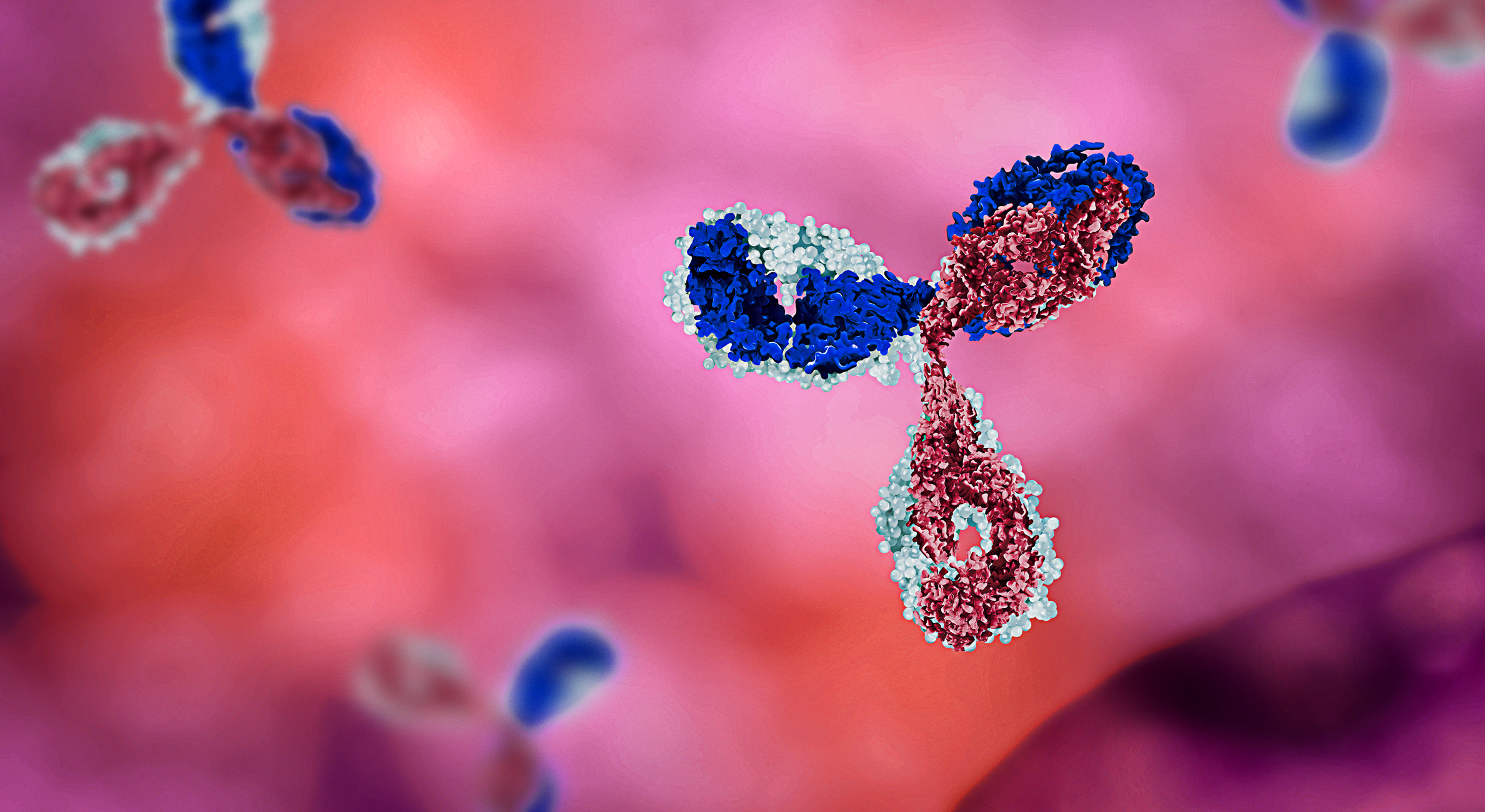 The Monoclonal Antibody Center provides a range of services related to the production and characterization of monoclonal antibodies to researchers and clinicians affiliated with WSU.

Taxonomic Key Program is a searchable database that allows researchers to easily identify monoclonal antibody-defined molecules by their physical characteristics.

In the mid-70s, a group of investigators demonstrated in mice that it is possible to immortalize B lymphocytes producing single monospecific antibodies (mAbs) by fusing B lymphocytes to tissue culture adapted myeloma (malignant form of an antibody producing cell) cells. The hybrid cells (hybridomas) were stable and could be maintained in culture indefinitely or preserved in liquid nitrogen for later use. These findings represented a major breakthrough in the way antibody reagents could be developed for basic and biomedical research. Mice could be immunized with antigens of interest and then used as a source of B lymphocytes to produce mAbs of known specificity. The spleen was shown to be the best source of B lymphocytes for making hybridomas. Hybridomas producing the desired mAbs could be identified by examining culture medium from primary cultures of fused cells. In subsequent investigations, myeloma fusion partners were developed that could only grow in selective growth medium if fused to a B lymphocyte, eliminating the problem of distinguishing hybridomas from cells that had not fused with a B lymphocyte. Myeloma fusion partners were later identified that could no longer produce their own antibody but could produce antibody derived from the B lymphocyte. These advances simplified and improved the methodology for producing mAbs.

Research universities, research institutes and industry established core facilities to exploit mAb technology to develop mAbs for use as analytical tools in the biological and biomedical sciences, in the characterization of the immune system, study the mechanisms by which pathogens cause disease, develop improved diagnostic assays, and identify antigens from pathogens that can be used in subunit vaccines. Because of our research needs, we started developing mAbs for use in food and companion animal research and diagnostic medicine in 1979. To encourage other investigators to use mAb technology, we sponsored the first international symposium and workshop ‘Impact of Monoclonal Antibody Technology on Animal and Plant Agricultural Research’ in June of 1982. We also participated in a workshop sponsored by the National Research Council of the National Academy of Science on ‘Priorities in Biotechnology Research for International Development held in July of 1982, a symposium sponsored by the USDA ‘Hybridoma Technology in Agricultural and Veterinary Research’ held in Oct. of 1983 and an international conference sponsored by the International Laboratory for Research on Animal Diseases ‘The Ruminant Immune System In Health and Disease’ held in Kenya Africa in September 1983. In 1984, we co-sponsored a meeting with Australia ‘Characterization of the Bovine Immune System and the Genes Regulating Expression of Immunity with Particular Reference to their Role in Disease Resistance’ held in Honolulu, Hawaii. During this period of time, we developed some of the first sets of mAbs for use in the study of the immune system in food and companion animals. We also participated in all the international workshops to characterize the first sets of mAbs.

The Washington State University Monoclonal Antibody Center was established in 1982 with the following goals: